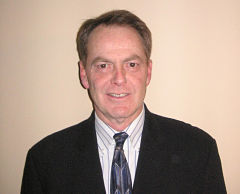 Randell E. Moore has served as executive editor of Blue Chip Economic Indicators and Blue Chip Financial Forecasts since 1986 and is frequently quoted in the press on matters related to the U.S. economy’s performance. Mr. Moore began his professional career in the 1974 with the U.S. Department of Labor’s Bureau of Labor Statistics in Kansas City. In 1979-1980 he worked as an economics reporter for Knight-Ridder in Washington, DC, covering the Federal Reserve Board, Departments of Labor, Commerce, Treasury, and Congress and the White House. In late-1980 he joined the Commodity Futures Trading Commission (CFTC) in Washington, initially as director of public affairs, and then as the executive assistant to one of the agency’s five Commissioners. In 1983-1986, he was employed by Evans Economics as its government debt market analyst and Fed watcher. Randy is a 30-plus year member of the National Association of Business Economics. He co-founded the Roanoke Park Conservancy in Kansas City, Mo and is actively involved with LiteracyKC, a non-profit that seeks to advance literacy among adults within the Kansas City metropolitan area through direct services, advocacy, and collaboration.

Thank you for your inquiry! We look forward to connecting with you.

Your request has been forwarded to a Wolters Kluwer representative who will contact you shortly!